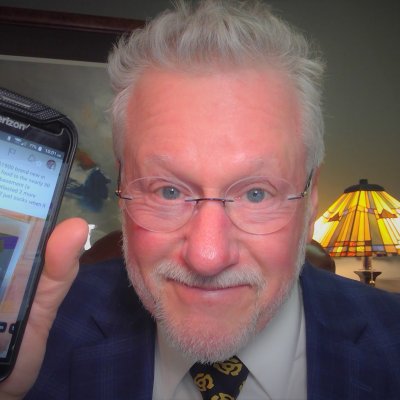 Every once in a while, you just have to go on to social media to see what’s happening in a person’s life. This last week I came across this post from a client of mine, a friend of mine. It says “4-year-old Fridge Dead. $1900 brand new in 2018. Had to move all the food to the nearly thirty-year-old refrigerator in the basement. A refrigerator that has now outlasted two more modern ones. The new stuff just sucks when it comes to reliability.”

I had a visit with a gentleman who owned an appliance store, he and his family, for years. This was nearing his retirement some years ago, and I was only curious because they had all of these different brands that their store had for sale. I asked, which brand is the best? Which brand should a person buy? Even if it’s more expensive, which one is the one? And he got a little quiet and he leaned in to me and he said nowadays it just doesn’t make any difference. No matter what you buy they are formulated, they are created, they are built in such a way that within ten years they are going to break, and it will be more expensive to fix it than to replace it. What you will end up doing in a decade is buying brand new whether it’s a stove, a refrigerator, a dishwasher, a washer, or a dryer. Just plan on replacing it ten years down the road.

What does this have to do with the life insurance asset? This is one of the reasons I like to look at long and enduring policies that I know are going to be there for your whole life. I’ve been around for a long time where I have seen universal life, variable universal life, equity index universal life, I’ve seen all of the new ten-year terms, twenty-year terms, thirty-year terms, but I keep going back and when I’m really trying to plan something that is going to be an asset that I want to own, I want to make certain that it is something that is going to be enduring year after year. There’s something a lot of people don’t realize, when you buy a whole life insurance product and by the way whole life means it lasts the whole of your life.

New whole life insurance contracts issued through a mutual life insurance company. A mutual life insurance company is a company that is a policy holder. You are actually a policy owner and you are actually an owner of the life insurance company. Very analogous to a credit union where you are an owner, not a customer. In fact, when you go into a credit union, and you have a question about their customers they will stop you in your tracks because they’re not customers, they are members. If I go into bank which is owned by stockholders they might call you a client, but you are a customer. You are not an owner. (Unless you happened to own some of the stock in the company, but then you are likely a very, very small owner in that bank). But more than likely not, you’re just a customer. You are just being serviced as a customer. You are not an owner. Credit Unions are different; you are an owner so you are called a member. It’s the same thing with a mutual life insurance company you are an owner of the insurance company which means certain promises are made. Once of the promises that are made is that when the company receives a profit there are not shareholders to pay that profit out to instead the owners get that profit in the form of dividends that are being paid, and they are paid in a divisible amount. It means that the person that has $10,000 in the policy is being treated proportionately the same as a person that has a million dollars’ worth of cash value in their portfolio of policies. Everyone is treated fairly.

What does this have to do with appliances? We’re talking about things that last for about ten years and again when you have been in this industry for a generation as I have; I’ve seen things come and go, things that were supposed to be the “best new thing” on the block, and then I’ve seen them explode. Because if ever a company comes out and say they have something better and cheaper and a better performer, I always wonder what has been taken away. Because here’s the deal, when you’re dealing with life insurance there is no “deal” in the life insurance industry. We know when people are going to die because it’s based on the law of large numbers. So, company A is dealing with the same numbers that company B is so if there’s something cheaper with company A than company B, something has been taken away and typically that is some sort of guarantee. You don’t realize that oftentimes until it’s too late. I don’t want you to have that situation So, when we’re talking about a whole life insurance policy today when it’s issued and even if it is issued on a brand-new baby, the policy under regulation is to last until that person dies or until they reach the age of 121 years of age. There is a commitment in excess of one whole century and because of that there are certain guarantees that are built in to the contract. All the costs are factored over the next 121 years.

So instead of running from one new policy to another new policy to whatever the new thing is, whenever you hear that there is something new and improved, think about my client, think about the post that he had on Facebook a couple of weeks ago. Here it was and you can tell (from the picture) that this was a very expensive refrigerator: stainless steel on the outside, ice maker, a big window so you can see inside the refrigerator while it’s running, but unfortunately this fridge no longer ran and needed to be taken away. “Four-year-old fridge dead. $1900s brand new in 2018. Had to move all the food to the nearly thirty-year-old fridge in the basement. A refrigerator that now has outlasted two more modern ones. The new stuff just sucks when it comes to reliability.” His words. So, when I look at my whole life insurance policies that I have owned, many of them, thirty or forty years, dividend upon dividend and guarantees upon guarantees, but it does exactly what it set out to do when I originally put those policies together on myself and on my family. Whole life to last your whole life.