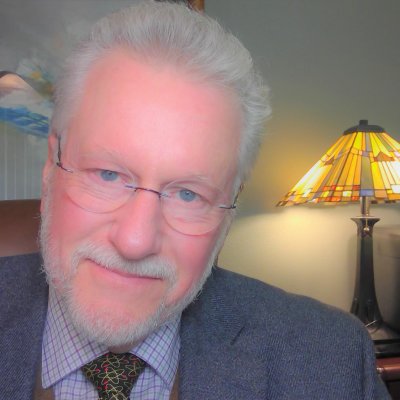 Amplitude Modulation, Frequency Modulation, and Life Insurance – what do those three things have in common?

Many people will ask me, what the heck is amplitude modulation and frequency modulation. Now, if I have to be honest, and I really want to, a long, long time ago, in a galaxy far, far away, as I often times will refer to it, I had another career; another occupation.  This was during the mid-1980’s.  I worked in the broadcast industry.

Amplitude modulation is AM radio.  Frequency modulation refers to FM radio.  My kids can remember as we took family trips years and years ago, I would look at the towers and say, “Can you tell me whether that is an FM tower or an AM tower?”  Most everybody today listens to their music from their latest app on their phone, but there was a time when people listened to radio, and you could delineate the difference between FM and AM by the configuration of the large antennas, typically found outside the radio studio.  FM had a single tower, and at the very top it would have a configuration of an additional antenna at the very top that would direct the FM signal from the top of the tower.  AM towers often times were found in conjunction with, instead of just one tower, sometimes it would be two, three, four, or five towers.  I knew of one radio station that had a configuration of nine towers, and it’s because with AM radio, you could configure the direction that the signal would actually go out, and you could literally bend the signal to go to the North, to the East, to the South, to the West, and that’s because sometimes there would be interference with other radio stations on the very same frequency.  In fact, at night, that’s when the problems typically occurred.  There were some AM radio stations that would literally have to go off the air at night because other radio stations would overlap on the same exact frequency.

So, FM radio, frequency modulation, was line of sight for as far as your eyes could see, that is where the signal would go.  If it hit a building, if it hit a mountain, that signal would stop.  If there were no buildings, no mountains, it would literally to into outer space until it would dissipate; line of sight.

So, what is FM, AM, and life insurance have in common?  Often times people will plan for a very short period of time.  It’s like, FM radio, it was line of sight, what they could envision, what they could see, and often times people can’t plan 5, 10, 15 years.  Beyond that, they can’t plan, can’t visualize it.  So, people thing like frequency modulation.  They are looking at the line of sight.  What can I see?  Regarding their life insurance, those are the people that buy 10-year term, 15-year term, sometimes 20-year term to take care of what they see as the potential problems.

If a person is looking at life insurance to last their entire life, their whole life, then they need to think along the lines of amplitude modulation because what you do today up here at the top of your financial globe, could actually bounce along the ionosphere, and some day long in the distant future could affect someone at another part of your financial globe.  It could be your immediate family.  It could the 2nd generation.  It could be the third generation.  It’s about making an impact for a person’s life. Now, we want to be thinking about the need and the requirement of being able to have assets, and being able to cover ourselves in the event of an untimely death, something that was not expected, we want to make certain we have ensured our human life value for today.  You know and I know, even though that happens, and even though I have experienced that in my office just recently with people that died way before we would have ever thought that their lives would end, we still have to plan for that, but I know and you know that we’re not getting out alive.  At some point in time, we are going to be taking the big trip, we are going to be taking the dirt nap, and we don’t know when that might be, and if it’s years and years into our future, if we have these long and enduring lives, we still want the opportunity to make an impact on those people that we love, on those organizations that were important to us, with those churches that we wanted to leave money, we want to make certain that we have got an asset that has a tax benefit, and if properly done, we are able to move assets from our life to another life, and to be able to do it with as little impact due to inflation, due to the risks of the market, due to the risks of unknown taxes in the future.  We want to go with amplified modulation, that no matter what we do, it doesn’t go out into outer space never to be seen again, but it actually goes around and comes around that it will not only affect our lives, by the choices that we made, but it will positively affect the lives of those people around us, those people we love.