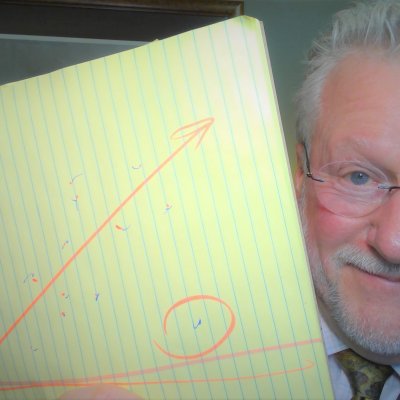 Are you an Outlier?

I was listening to a TED Talk last night as I was on the treadmill at home after a day at the office and I think it’s important, especially after we get older and more mature in life, to keep on learning. It seems that there are so many people that reach a certain age and they just don’t grow beyond a certain level and in my mind, I think it’s important to keep on growing. I know I’ve said this before, Life is like a tomato; if you are already ripe, you rot, but if you’re green, if you live your life being green, you have the opportunity for continued growth, and I hope to be green until the day I die because I don’t want to live a life of rot.

So, I was listening to this TED Talk and it’s interesting the information what you get from different sources, but one of the things they were talking about was average rates of return. I’m just going to draw a picture here as far as average rate of return. You can see it in the picture above. You can see we have the x-axis and the y-axis, and what happens is that there are all these dots when studies are done and they take the averages of all the dots. You can then see a line from the axis going out showing the average curve. Here’s the interesting thing in my example, there are things called outliers and typically what happens during a study that has outliers is that the people that put the studies together just discount them. They leave them out of the information of their study of averages because it basically messes up their results.

They went on to discuss one study that showed, over a period of the last 20 to 25 years, the decrease in smoking cigarettes in high school students. At one point in time, there was a high about 20-25 years ago of about 25% of high school students smoked on an occasional basis and now it’s about 6%. It was a very impressive bar graph that had these little cigarettes as the bars that over a period of time became shorter and shorter showing that, over time, smoking had decreased. So, people could basically pat themselves on the back and think they had been very successful. But this study, as with any study, had outliers in the numbers that nobody ever really looked at until one research took a look at them to see what the situation was.

What they found was that smoking had decreased over time for all high school students except for two categories. One was Alaska Natives and the other was with Indigenous Americans. So, these outliers that were not close to where the average was actually showed where the attention needed to go. If you had just thrown that information out, it would never have been brought to anyone’s attention as a problem.

This got me thinking about average rates of return, average lifespan, and all the averages that we experience in life. A lot of the information that I see and we share out there when it comes to money and when we’re specifically talking about on our channel, this blog, or this video, are thoughts about how to utilize the life insurance asset. Most people are just looking at what the averages are. They’re thinking it’s something that I need when I’m young because I have children and in the event that actually die, I want to make sure my family is taking care of (with the average coverage amounts).

The vast majority of people think let’s just take of our debt (with our life insurance), but they don’t look at all of the money that they are potentially going to be making over their lifetime. One couple yesterday was in my office and their incomes on an annual basis are about $50,000 each, but what they don’t realize is with raises and such over the next 20 years, they will have about $5,000,000 go through their fingers as far as what their earnings are. I’m not saying that they got $5,000,000 worth of life insurance protection, but it allows them to visually see that they have a much greater worth than just $50,000, $100,000 or even a quarter of a million. So, it’s important that we have the right amount instead of just thinking average.

Let’s get back to the outliers because this is the realm that I practice. I also want to make certain that I can use the life insurance asset to be able to live my life to its fullest while I’m still alive and then let it take care of everything else when I’m dead because I’m not getting out alive no matter how great I feel, no matter how well I take care of myself. We all have a pre-determined end date by our creator. Unfortunately, we don’t know when that date is, someone else does, but at some point-in-time, either old or young, we will all be taking the big trip.

With that in mind, this is what I want you to be thinking about, is there a way that I can use the life insurance asset, and here’s the secret, the answer is going to be yes to all of these, in order to accumulate money inside there so I can have that life insurance asset for the remainder of my life, no matter how long I live? (YES)

Contracts that I like are issued by mutual life insurance companies that will extend all the way to age 121 or the date of my death, whatever happens first. Yesterday, the oldest person in the world died. She died in Japan at the age of 119. Some years ago, the oldest person in the world, at that time, died in Paris at the age of 121. In fact, the humorous thing regarding her life, she gave up cigarette smoking at the age of 110 because she had gotten very shaky in her hands and she didn’t want other people to have to hold the cigarette to her lips for her. So, she smoked her entire life, quit at 110, lived until 121 years of age. This is why we have contracts. Contracts being the important word. Not we hope or we think that this is going to play out this way. I like contracts because they stipulate how it’s going to play out up to the worse case scenario and the worse case scenario is living too long.

Here's how it plays out so you can enjoy money while you’re alive, the vast majority of people have their money in retirement plans that are taxable. I always tell my clients you don’t want to die with stuff because you’re going to be leaving it to your children and the biggest beneficiary of your lifetime is not going to end up being your kids, it’s going to be the government because they are first in line and they’re making it more and more difficult to do anything fancy to be able to hide that money. It’s going to be totally taxed if it’s a something like a traditional 401k or IRA. It’s going to be taxed at whatever the tax bracket is at that time. When I’m thinking about taxes, do you believe that they’re going to be going down in the future? Staying the same? Or going up? Now, I don’t know. I’ll let you answer that. What do you believe is going to happen to taxes?

Wouldn’t it make more sense if you have the opportunity while you’re retired to maybe take the money out at a lower tax bracket as opposed to delaying until your children have to pay a large amount of tax? I humorously say that the day I die I would like to be overdrawn at the bank. I would like for my last check to be written to the IRS and I would love for it to bounce. With that said, within ten days, I want any kind of wealth that I have had to be re-created, income tax free, through the life insurance asset, so my family gets what I’ve actually spent during my life and they can do the whole thing all over again. Some people might call this a loophole. Actually, it’s an incentive. The government does not want your family on the dole (needing to receive government benefits to get by). They do not want your spouse to be on the dole. They do not want your grandchildren to be on the dole. They would like for you to take care of your own family. In fact, in 1Timothy 5:4 of scriptures it actually talks about this. It says some interesting things about people who do not take care of their own families and that’s from Paul the Apostle. So, take the responsibility, make sure that the families being taken care of as efficiently as possible, tax-wise and estate-wise.

But Mark, how can I use this to be able to live my life better?

By having the life insurance asset, it gives you a permission slip to be able to spend your own money wisely to be able to have more money to enjoy while you’re living. Let’s say that you live too long. You get to be a certain age and you never expected to still be here. Let’s say that you’ve run out of money. This is when a permanent whole life insurance policy issued by a mutual life insurance company shines. It becomes and it is the best, last asset because you will be leaving something behind. You want to leave something on the table that will not be dependent on- is the market up or down, are interest rates up or down, are taxes up or down? You know contractually, exactly how it’s going to play out.

Number 1. If there is money inside of that money, don’t you have additional options? Can’t you take part or all of that money to continue to live your life the way that you want to live it? Could you sell the policy to another life insurance company and instead of just getting the cash value, now remember you didn’t’ die so you’re not going to get the death benefit but could you get an amount of money above those two numbers? (YES)

Number 2. Could you take that life insurance contract and make it a lifetime pension by using a term call annuitization, making it an annuity that will pay you for as long as you live? (YES)

Number 3. Could you borrow against it and take that money out and enjoy it and then at your death (which will happen at some point in time) have the loan canceled and the net proceeds go to your family where it is deposited roughly ten days later in their bank account income tax free? (YES)

Here’s the deal. The vast majority of information that we get is average information. It goes along this line of averages between the x and y axis. What I am proposing and what I think most people want, because nobody wants to be average, is to be like an outlier. Learn how to be an outlier by reading my book Investments Don’t Hug: Embracing the Life Insurance Asset. It’s available on Amazon, Barnes and Nobles, iTunes, or Audible. If you would like to learn more about our team and how to be an outlier, explore our website or make an appointment either in our office or virtually through Zoom. We can be on your desktop anywhere helping you with the important and final decisions in your life.