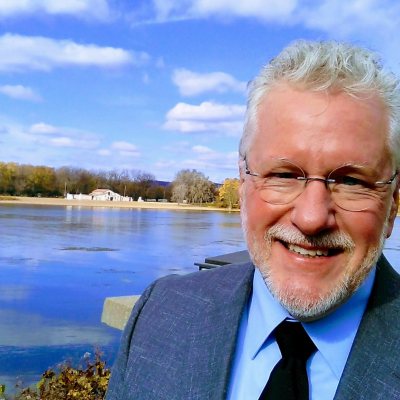 Today, I come to you from the Mississippi River because I want to talk about water. Specifically, I want to discuss the purity of water. I don’t know if you’ve ever had the opportunity to go to the headwaters of the Mississippi River that can be found in the state of Minnesota. They are in a state park called the Itasca State Park. At that point, you can stroll across the Mississippi River without even getting your knees wet. In fact, the purity of the water at that point is such that you could probably take a glass, dip it, and drink water right from its source. I don’t know if I would do that right here (in La Crosse, WI). In fact, as we get further and further down south until we finally get to the delta outside of New Orleans, I would not even eat the fish that comes out of that water. Something that was pure became something that I would not want to eat anything out from it.

Here is another couple of examples (we are going to get to a financial theme here, but let me use another example). Some years ago, I spent a week doing mission work in Benton Harbor, Michigan. I don’t know if you’ve been watching the news, but the water that was pure is no longer pure there because that city has an infrastructure of lead pipes. The water was good, but because of what it was going through it changed the health of that water. Let’s also say that you are in a coastal city and you don’t have the availability of water, but because you live on the coast you have this huge ocean. What they have to do is use desalination plants to take the impurities of salt out of the water so you can drink it.

Here is another example. I live in La Crosse, WI. La Crosse, WI is famous for beer. A lot of beer is brewed in this community. Heilman’s was once a famous brand for years and years and years. Their advertising slogans often included sayings about being brewed with pure artesian water or pure brewed from God’s country.

What does all of this talk about water, the purity of water, or how the water purity changes, like our example of the Mississippi River, mean? Money is the same way. There were so many plans that were put together by the government; the intentions were good. Let’s have people save money. Let’s have employers add matches as well like 401ks. Let’s put together qualified plans like IRAs, but over time because of taxes that are either deferred or taxed along the way, or there is excise tax that can come and go depending on what administration is in charge, what happens to the purity of that money? Do you really end up with what you thought you were going to end up with? Markets going up and down. Fees coming out of your accounts. The IRS confiscating part of your money because of the taxation along the way. We thought we were going to be saving all of this money because of the tax deferral, but there were lower tax brackets and all of a sudden, we are in retirement and there is this potentially huge tax bracket.

What’s the answer? Sometimes people would say that life insurance is an answer: using the cash build up of a life insurance policy. What you need to realize: life insurance is not a replacement for a 401k. It’s not a replacement for an IRA. It’s not a replacement for an investment. However, when it is used as a leverage tool, it can make what you have work even better. Let’s go back to the analogy of the desalination plant. Wouldn’t it be nice if you could take something that would actually kill you in salt water if that is all you would drink over time and filter it? If there was a way to take the salt out and make the water that you have in abundance even better. Wouldn’t that be something that you would be interested in learning about? How soon would you want to learn about that?

To find out more about how the life insurance asset works, simply purchase my book Investments Don’t Hug: Embracing the Life Insurance Asset available on Audible or Amazon, or to find out more information about my book explore my website at www.investmentsdonthug.com. If you’re ready to rock and roll today, what are you waiting for? Go to investmentsdonthug.com and reach out to our office, our team. Make a connection today. Let’s you, and I, and our team get together, and put your money through the desalination process.