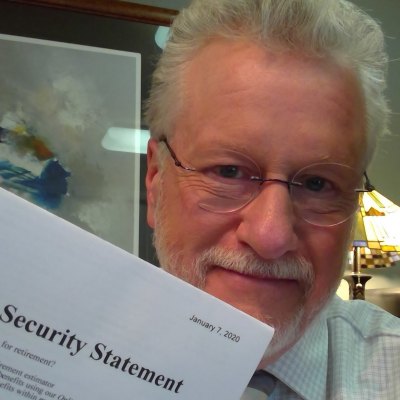 Social Security, on the other hand, is also something that almost all of us will be affected in one form or another.  If you haven’t, I would recommend that you go online on an annual basis and receive your Social Security statement.  If you are over the age of 60, you typically get this in a paper format in the mail, but if you go online like most people, you’ll be able to see how much money you have earned over the years, what your anticipated estimated amount of benefit will be received.

On page two of your statement is the following and is in bolded print:  Your estimated benefits are based on current law.  Congress has made changes on the law in the past and can do so at any time.  The law governing benefit amounts may change because by 2035 the payroll taxes collected will be enough to pay only 80% of the scheduled benefits.

What would happen if your retirement planning meant that you had 20% less money than you had saved in your retirement plan?  What would happen if inflation was 20% higher than what you had anticipated?  What would happen if you live 20% longer than you thought you were going to live?  What would happen if your airbag, the safety net, might also be 20% less than what was anticipated?  Now, I am not a Social Security alarmist.  All I’m saying is laws have changed in the past.  Laws will probably change in the future.  The question is:  what are you doing?  If you were in a car that had a Takata airbag, would you feel safe knowing that in the event of an accident, you were probably going to be safe 80% of the time?  Perhaps now is the right time, the best time, to order my book, “Investments Don’t Hug – Embracing the Life Insurance Asset” available on Amazon.com or audible.com.  For more information simply go to my website investmentsdonthug.com.  80%.  80%.  Is your life being planned around a Takata airbag?