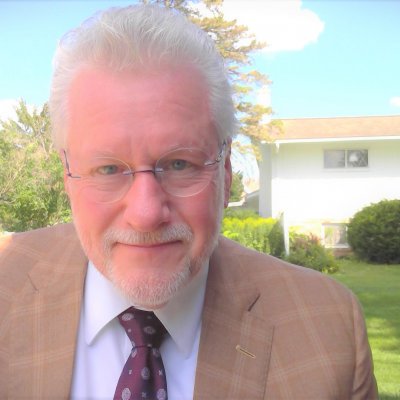 The Psychology of Safety

Sometimes it is nice to step away from the office for a moment or two. If you watch the video, I apologize in advance for some of the noises you will hear in the background of the Investments Don’t Hug post for today. Our office is on the Main Street in our community, right next to a residential area, and it seemed like a perfect day to sneak out of the office. The skies are blue with just a few white clouds in the sky that you can see in the Blog picture.

I wanted to share with you just a little bit of my week and how impactful I feel about what it is that we do here. I’ve been spending time recently reading books on psychology, and there seems to be two general opposing fronts. Some believe that you are who you are today based on what has happened to you in the past. Sigmund Freud basically taught that you are the person you are today based on how you were brought up, your parents, etc., all of those things that have happened to you. But there is another school of thought, which more aligns with what I embrace, which would be Viktor Frankl’s teachings. He has written many books over the years. He is long deceased.  One of the books that he wrote has over $6 million copies in print. The major story of the book revolves around the time that he lived and survived in the concentration camps in Germany during World War II. Instead of viewing who you are as the cumulation of experiences you’ve had in the past, Viktor Frankl took a different spin. He focused on who you believe you are going to be in the future. If you are negative and believe your future holds a negative path for you then that is indeed what will happen and who you will become. On the other hand, and he saw this play out time and time again, no matter what your circumstances are today, if you can have that positive outlook, if you can look above and beyond, you will overcome. One step further, the person that you will become in the future can be who you are starting today by having that positive outlook today towards the future.

That got me thinking about the vast majority of appointments we had today and the interactions that my staff had today that had to do with fixed interest, fixed rate guarantees from different products that were issued by mutual whole life insurance companies. I was just speaking with a client earlier that I have had since 1996. I’m recording this podcast in 2022. The woman I was speaking with, who I had started business with back in 1996 was in her 60s then. Today, she is in her 90s. In fact, she came along with one of her children, which is something that I recommend. As a person gets older, they might not always remember everything that we have talked about because our memories do tend to fade somewhat and it’s important that the work gets done.

Where I am receiving happiness, where I am receiving satisfaction, where I am receiving joy today, where I know I made a difference, is because of what we did in 1996 that made an impact not only on her life, but gave her assurance in what she can do for her own children for the hardships that her own children are facing. Whether that is Stage IV cancer or a severe case of Parkinson’s, though her life is now shrouded with old age and with pains and with the uncertainties that come with that, it’s the people around us that we want to be able to make an impact on. The thing that I am the most satisfied with and what I’d like to say I’m the proudest of is putting people into the position where they know that they have money available to make an impact in the lives of the people they love.

The thing about life insurance is that everybody thinks they have to die to benefit from it. Life insurance companies handle life insurance products, but they also handle annuity products, which is what we had put together in 1996. It allowed guaranteed rates of return that never, ever went down and that never, ever had to face the risks of what the market was doing. Someone might ask me what the annualized rate of return was on what this woman put away all those years ago; I don’t even remember the rate of return at that time. It might have been a 6, 7, 8, 9% rate of return. When everything went south some years later, this particular product had a guaranteed 4% contractual rate of return that she has enjoyed year after year after year.

Earlier today, I was also working with a businessman who wants the best for his employees. He wants to be able to give them something beyond a 401K, which has its own set of problems with taxes and with uncertain up and down markets. He had put together a plan that we instituted long before today that gives his employees the opportunity to maximize their lives with a pension for later on in life. It provides protection for if they would become disabled either on or off the job, the money that he had been putting in to their plans would continue to go in, but instead of him writing the checks, the insurance company would write the checks. It would provide a benefit in the event where any one of the employees would die before retirement, either now or in the future, that their family would get full benefits. Not of just the money they were living on today, but of all of the money they were hoping to put away, the full benefit of years of saving for the future, but they would get it today.

Someone asked a question about the plan: if they have to keep putting money into their own 401K? They saw how the numbers work with this. This is a smart guy. He knows how his numbers work. He understands profitability and loss. He understands costs, and he came to the realization and asked if he has to keep putting his money into his 401K. He would allow the employees to continue to do it if they want to, but he wouldn’t want to. We are literally checking with the insurance company today to find out what is the maximum amount allowable that he can place into a whole life insurance policy so he can maximize his life as safely as he possibly can with the guarantees of a contractual agreement.

There are days like today. The market is down today. There are just as many days where it goes up, but there is always that uncertainty. It’s important that we have some uncertainty in our lives. Isn’t that why we buy lottery tickets? Isn’t that why we put money into the market? Before we begin and also at the end of the day, isn’t it also important that along with the uncertainty that we have certainties. Here’s the important thing to note: there’s a reason that my book is titled Investments Don’t Hug: Embracing the Life Insurance Asset because the day that I had a conversation with this client that I have had since 1996, as they were ready to depart and to take the hand of one of her children to assist her in walking from my office, I asked if before they left if it was okay for me to come in for a hug. With a big smile on her face, she nodded yes.

This is Why I do What I do.

I know how it could play out. In fact, I would go so far as to say I know how it will play out. I know that no matter how hard we plan, we would like to believe that everything will go exactly as planned, but all I know is: nothing goes as planned. There will always be uncertainties. There will always be things that deviate from what we believe is the norm. The older a person gets the more that they should realize that this is how life plays out; not the way you thought it would. The younger you are when you realize this, the greater the impact you can make by making sure there are certainties in your life.

If you want certainty, I ask that you pause. I ask that you go to Amazon or Barnes and Noble websites and get my book. If you would prefer to listen to the audio version, go to Audible or iTunes and download my book, Investments Don’t Hug: Embracing the Life Insurance Asset. If you are ready now and you would like to make an impact on your life that has guarantees so you can sleep at night and at 2 o’clock in the morning you don’t wake up worried or fretting about the unknown aspects of your life, you can simply rest and go back to sleep. If you would like to make a connection with me or my team, check us out online or in person. Today is the day to build that relationship. Begin today at www.investmentsdonthug.com.