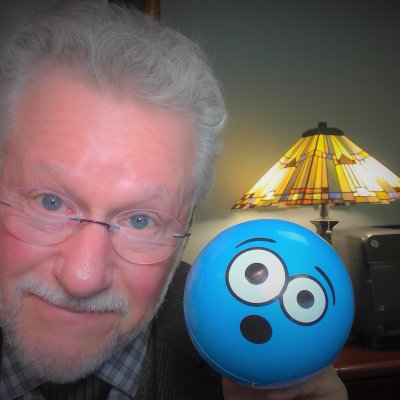 The Time Value of Money: A Broken Furnace

We were on our way home recently from a long weekend at our Northern Wisconsin cabin, and on the way home I was thinking about the time value of money.  The reason why I was thinking of the time value of money is because of a purchase on the way home I didn’t realize I was going to be making.  I went to my cell phone and because I could link into my furnace at home, I wanted to make certain that the temperature was nice and toasty warm when we would arrive home, having it at a lower temperature while we were gone.  Unfortunately, I had set it at 60 degrees, but it was now 55 degrees, and slowly going down.  I called our heating and air conditioning specialist to meet us at our home before the close of the business day.  Obviously, there was some problem.  From 4:00 in the afternoon until 8:00 that evening, all of the different fixes didn’t work.  It was time to purchase a brand-new furnace.

Often times it seems like things just don’t last a long period of time.  Most refrigerators, washers, dryers, stoves, ranges all have a capacity to last for about one decade.  What I have learned recently is because the high efficiency furnaces, also because of the technology, they are expected to last only 20 years.  So that evening at 8:00 when we were having a discussion with our HVAC guy, we realized that the last time that we had a brand-new furnace was 20 years ago, almost right on the money.

So, here’s the math about the time value of money, and the lost opportunity cost of money.  Granted, we were gong to get a furnace one way or the other because this was the weekend of negative temperatures every single day and every single night; some nights, going as low as 20 degrees below zero.  If we would go with another high efficiency furnace, that’s $6,000.  Now that cost comes out of our economy for the next 20 years, at which time we will probably have a broken furnace and will need to buy yet another furnace.  Over 20 years, I have the cost of $6,000.  I also have the cost of my HVAC guys coming in once a year making sure everything is tuned up and working the best possible; so, there is $100 cost.  Of course, I’ve got the cost of natural gas.  So, if I am on a budget plan, let’s call that about $80 per month, 12 months out of the year.  I’ve got my $6,000.  I’ve got my $100 each year, and my $80 per month.  Now let’s take that amount, and also assume inflation going up 3.5% per year over that 20-year period of time.  Let’s say there was a way I could recoup all of that money, and let’s say I could have invested it instead of giving it to the power company, giving it to the HVAC company, and if I could have just invested that same amount of money over that two-decade period of time, and let’s say I was able to get a 5% rate of return on my money.  What is the true cost to heat my house?  Over that period of time the true cost of heating my house was actually $65,000.  The unfortunate thing is after 20 years, I have to do it all over again because I no longer have a furnace that works because of the expected lifetime of 20 years.

Here’s also something to learn during this scenario.  Isn’t this a lot like a 20-year term life insurance policy?  It’s keeping you warm.  It’s doing what it’s supposed to be doing, but after the end of 20 years, you don’t have anything to show for it at all.  Now, if I think of a permanent whole life insurance policy, that policy is much more like the insulation of my house because this is part of the story I didn’t tell.  It was going to be the next morning before the crew was going to be showing up and actually installing the furnace to heat my house, but because of the money that I had spent in insulating my house, yes it got cold that evening, but with it 12 degrees below zero outside, even though I had not had any heat inside for several days, the temperature inside my house still hovered around 50 degrees.  It gives me enduring warmth and enduring protection.  The greatest value that I have is actually in the insulation of my home, and that’s exactly the way it works with permanent life insurance because in 20 years, my insulation is not removed from my house.  The purchase that I had made stays with me and endures for the lifetime of my home.

Have you had someone who has run the numbers for you?  What do you think you might be missing?  Just another way to look at your life insurance program.  A snip-it of knowledge from my book Investments Don’t Hug – Embracing the Life Insurance Asset.