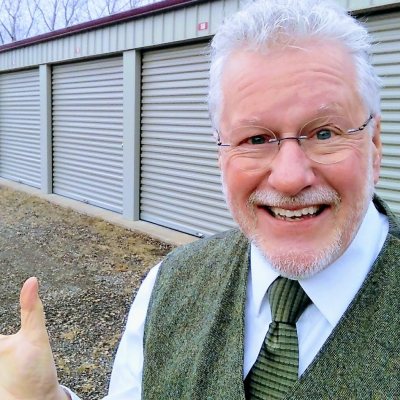 Where do you store your safe money?

Today you are finding me in front of a bunch of storage units because today I want to talk to you about the storage of cash. I have some clients that literally I don’t think could sleep at night unless they have $50-$100,000 dollars sitting in the bank. Just knowing that they have the cash available to them. But the unfortunate thing, and they realize this, is that right now they are earning .0000…nothing percent. They are earning zippidy do dah. Now if inflation goes up, let’s say that inflation causes interest rates to double. Maybe a person is going to be going up from 1% to 2%; that’s what you’re going to be getting with your cash?

Let me tell you a story that happened some years ago and this is a story that happens with people no matter what their age, but a person knew me, I did not know them, called into the office and wanted to speak with me about what her concerns were. Here’s the setup. This woman, at the time, was 80 years of age. She had three concerns that she wanted me to address:

Concern # 1- She had money in the bank, but she was unhappy with the rate of return that she was earning

Concern # 2- She was unhappy that the little bit she was earning, she was having to pay taxes on.

Concern # 3- Mind you, let’s look at the setup again, she is 80 years of age. Concern #3 is she wanted to make certain that her kids were going to be taken care of.

Do the math. Those kids were probably pushing 60 years of age. Now, if you’re a mom, you get this. If you’re a dad, probably not as much, but moms will always worry about their kids. Whether they are 30, 40, 50, 60, 70, 80 years of age, a mom at that age is still worried about her kids. So, this woman came to me with these three concerns: poor rate of return, having to pay taxes, and worried about her kids.

What did I have for a solution? Well, number one it gets kind of dicey because at age 80 I don’t want to take any risks whatsoever. So, I made some telephone calls, and I asked some questions with some vendors that I work with, some brokerages that I work with, and we came up with a solution, but I needed to ask her a question that was paramount to our conversation, “Tell me about your health.”, I asked. Luckily, this woman, at the age of 80, was in spectacular health. I asked her, “Have you ever considered the life insurance asset?” She said, “Tell me more”. We can put a large sum of money into a life insurance contract. It would grow, tax-deferred. At your death, it would be tax-free, and the rate of return that you would get on this safe money would beat the bank. I showed her the math and that’s exactly the way that it would play out.

Now, here’s the interesting thing. Within a week I got a telephone call from her CPA (Certified Public Accountant), and he wanted to know if what I was telling her was true. Would it actually work out that if she put a $100,000 into this plan that if she died two weeks later her kids would get $150-$175,000 income tax free? Was it true that the money would grow tax-deferred and then tax-free upon her death? Would the rate of the return be higher than what she could receive at the bank?

He and I went out to lunch and I actually had to quote IRS tax code that he had never really spent any time reading before. I showed him a contract. I showed him exactly the way that it worked out and this is what he said to me, “I never knew that.”

What you have to remember is that CPAs are fabulous people; they have a very important job. They ensure that the taxes you pay are correct and the government gets what is due to them. But when it comes to strategizing, when it comes to certain products, when it comes to certain opportunities that might be available to you, you have to go to someone who specializes in that particular area. So, he blessed this new opportunity for this client of mine. She made the deposit. She made the premium payment into her life insurance contract and immediately got this large death benefit. The cash was available. The cash was growing tax sheltered, tax-deferred.

Now, I believe she is closer to the age of 90 than she is to the age of 80, and the three problems had been resolved. She’s getting a higher rate of return than she was getting at the bank. She’s not paying any taxes as the end of the year. There’s no 1099 form that is being produced by the insurance company saying there’s tax to be paid; instead, it’s being sheltered. She still has accessibility to the cash if she needs it for an opportunity, if she needs it for an emergency, it’s still available to her without any penalty at this point in time. She still has taken care of her estate planning. When she takes the big trip, her kids will get money, income tax-free, within several weeks of her death.

Now you might be thinking, Okay Mark, I’m not 80 years. I don’t have a $100,000 to put away or $50,000 to put away. Here’s the important thing: whether you are 20, 30, 40, and you’re just beginning to establish an emergency fund or an opportunity fund, the key is to put it in on a consistent basis and to provide a rate of return, to provide tax-deferability, and to be able to build an estate plan. Also, that will allow you to have the availability to cash out when there’s that opportunity that comes your way, or when there is that emergency that you may face at some point in time. It works for all ages; when it’s the appropriate situation, the appropriate age, we do it the appropriate way.

If you want more of these stories on how the life insurance asset works, this is the time to listen to my book on audible or to purchase my book through Barnes and Nobles or Amazon, Investments Don’t Hug: Embracing the Life Insurance Asset. If you’re ready to rock and roll now, if you want to make an impact on your life, an impact on others and have a safe place to store your cash, contact our office or simply go to our website, www.investmentsdonthug.com.

Fiction or Nonfiction: what world do you live in?

Get in the Game!