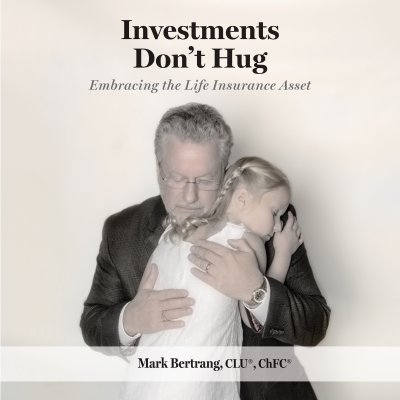 The more money people have, typically the safer they want their money to be.

Most people that don’t have much money, or are in the beginning years of their investing life, are trying to strive for some sort of high rates of return, not feeling satisfied unless they see double digit rates of return year after year after year, even though you and I know that’s typically not possible.  Those individuals whom I know, who have large amounts of money, people in excess of $100,000, $200,000 or more, those individuals are typically looking at not a rate of return, but they are looking for a return of their money.  They would rather play it safe because they have seen how their money has gone up and down.  They’ve seen profits.  They’ve seen losses.  They want consistency even if it is a modest rate of return.

There are policies out there, Universal Life policies, Index policies, that place the money into the market, and you hope and pray that there might be a larger value at some point in time, but they do not have the guarantees of knowing exactly what the outcome will be.  Now, let’s say I would like to have a higher rate of return inside my policy than what the guaranteed cash value is.  The mutual life insurance company already has a way to do that on your behalf based on profitability.  The more profitable your company is, and as a policy holder of a mutually held whole life insurance contract, you are in essence, a company owner.  The more profitability your company has, the lower that it has regarding death claims, mortality experience, the lower the administration costs can be kept down.  Based on those three things, the insurance company can determine the option of paying a dividend at the close of the year.  The vast majority of mutual whole life insurance companies have paid dividends year upon year after year during the great recession, the Great Depression.  How are those dividends used?  They can be paid out in cash, they can sit inside the policy with interest though a 1099 would be reportable at the end of the year, so you would have to pay taxes on that.  That’s an option I don’t care for.  You can have it reduce your premium, but then that extra money doesn’t build up the way you would like it to above and beyond the guarantees are.  Instead, you could use that dividend to automatically purchase additional paid-up insurance.  Notice paid-up insurance is additional to the original guaranteed amount that you had purchased, and since dividends are paid on permanent insurance, if you have paid-up additional insurance, that means that you are getting dividends on top of dividends, but without a 1099 form, and that means no taxes along the way.  It allows you to take advantage of the profitability of a company, above and beyond what the guarantee is, but under the worst-case scenario, if a dividend is never ever paid again, you know the outcome.  In fact, you know the outcome if you place a policy on a newborn baby, that the insurance company is making a contractual agreement for the next 121 years.  Show me any contract that exists financially that that kind of guarantee can be put into effect for the next 121 years.

You know the starting point, and you are guaranteed an ending point.  This is why a mutually held whole life insurance policy is considered to be a financial tool, a financial foundation, that those individuals who want money, want certainty, want contractual guarantees, guaranteed by the issuing life insurance company so they can go out and do some of these other things, knowing that with the worst-case scenario, if everything else goes by the wayside, they know that their foundation will be there.  Their foundation of their financial house has been constructed.  They know how it will endure over time.  They don’t have to worry about the day to day, month to month, quarter to quarter gyrations of any market because they know how it will play out.  It provides certainty.  It provides the guarantees.  It provides the knowns in life.

The more money people have, I have experienced, the less a person is chasing returns.  Instead, what they want is the return of knowing for sure that the money will be there when they need it, whether death, whether during an emergency, or whether life provides an opportunity.